Mark your calendars for our upcoming films!

Join us on Thursday, February 20th at 7:00pm at Sing Sing Kill Brewery for our next screening and discussion. The next film in our program is:

The Trials of Constance Baker Motley 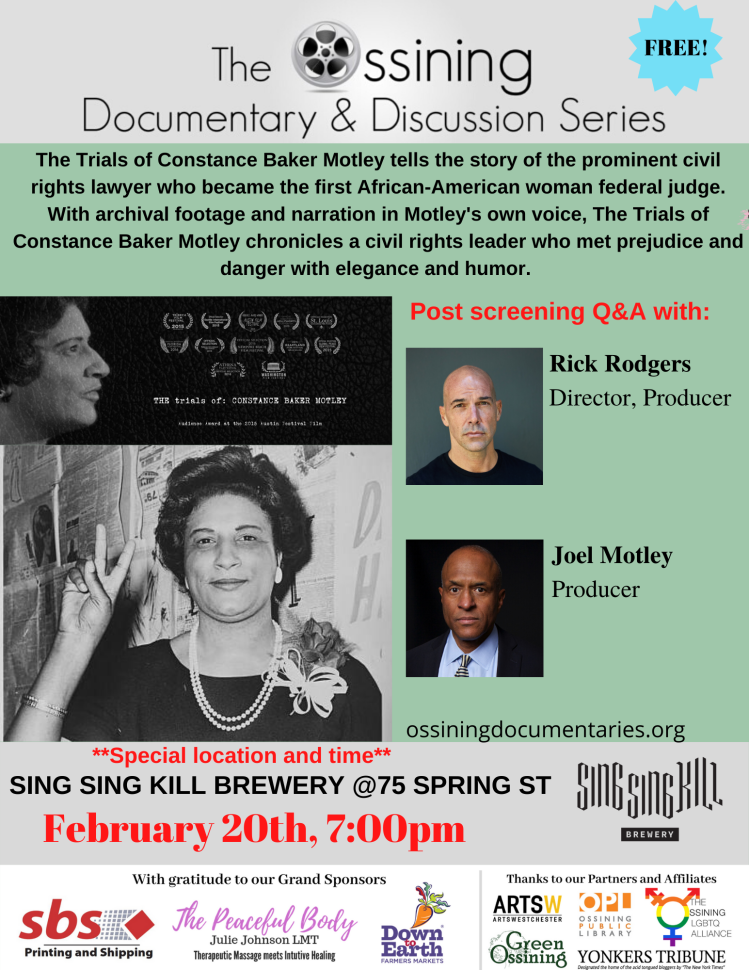 Winter 2017
Thursday, March 16th: Makers: For Once and For All
Thursday, February 23rd: What’s Race Got to Do With It?
Thursday, January 26th: Lives for Sale 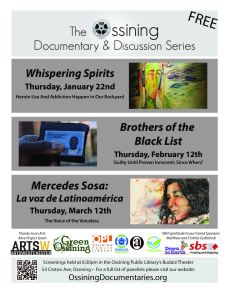 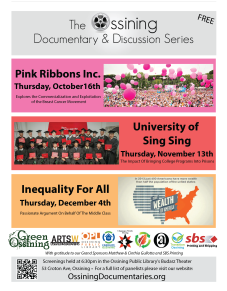 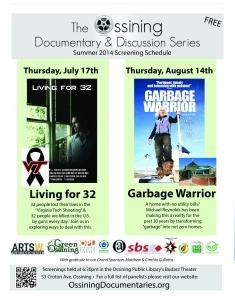