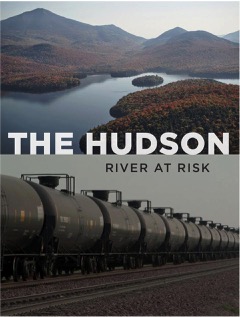 For many years, the Hudson River, like so many waterways across the U.S., was treated like an infinite waste barrel, a receptacle for poisonous chemicals, hazardous waste and trash of all descriptions. During the past forty years, thanks to a committed group of environmentalists and their agencies, the river has become markedly cleaner, a far more welcoming place for small business and community investment. While the river is still an under-utilized natural resource, increasingly it is used by boaters, kayakers, even swimmers as a recreational playground.

But the river, in the words of Riverkeeper’s John Lipscomb, the Hudson River, from Troy to Manhattan, has “had a foot on its neck” for more than one hundred years due to all that pollution and unmonitored industrialization. So despite all of the improvements the river and valley have witnessed thanks to the coordination of some of the savviest environmentalists in the country, there are still environmental risks and concerns.

The Hudson is known as America’s “First River.” About two years ago we undertook this project, “The Hudson, A River at Risk,” to draw attention to some of the ongoing environmental concerns, including bomb trains loaded with crude oil coursing along its banks, the continued pollution by PCBs going back to the 1940s, the serious debate over the future of the nuclear power plant at Indian Point.

We took on this unique multi-media project too because the Hudson is our river. Oceans 8 Films and the One Ocean Media Foundation originated in the Hudson Valley and the river and its beauty have been a backdrop of and inspiration to much of our work over the years. It is an environment to both be celebrated, and protected

Jon lives in New York’s Hudson Valley. He is President of Oceans 8 Films and One Ocean Media Foundation, and chairman of the advisory board of Adventurers and Scientists for Conservation and a board member of the Celine Cousteau Film Fellowship.

His Oceans 8 project took him and his teams around the world by sea kayak over the course of ten years (1999-2008), bringing back stories from the Aleutian Islands to French Polynesia, Gabon to Tasmania, and more, reporting on how the planet’s one ocean and its various coastlines are faring in today’s busy world.

John became Riverkeeper’s boat captain in 2000. Having grown up in Irvington and Tarrytown, he learned to swim and sail in the Hudson River and is an experienced sailor and filmmaker.For the last 16 years from April to December, John has patrolled the Hudson for Riverkeeper, traveling approximately 4,000 nautical miles between New York Harbor and Troy. On patrol he searches out and deters polluters, monitors tributaries and waterfront facilities, conducts a water quality sampling program, and taking regional decision makers and media out on the river so that “the river has a chance to advocate for itself.”

Artie has taught Environmental Science at Ossining High School for twelve years. A Fairfield University grad, he first worked in the energy field as an engineer in the Southwest US and the Gulf of Mexico. He has been a high school science teacher for over thirty-five years, the last twenty in the Ossining district. He has also taught advanced courses on Long Island Sound and the Hudson River.

Along with his teaching duties, he is working with other Ossining educators and students on a water quality sampling project at the Ossining waterfront in partnership with Riverkeeper with the goal of the sampling is to open the beach at Ossining for swimming.

Zephyr is an Associate Professor of Law at Fordham University, Zephyr holds a BA from Yale University, and both an MA and JD from Duke. She was the first National Director of the Sunlight Foundation, a nonpartisan organization that works to make Congress more open and transparent. Zephyr has dedicated her life to the fight against corruption and for public schools, broadband, clean water, and small businesses and farms.

Rob focuses on climate and environmental justice advocacy efforts at NRDC. He helps facilitate alignment and build principled partnerships between NRDC and grassroots communities across the country on a number of issues, including fighting fossil-fuel infrastructure, advocating for safe drinking water, and centering equity in the development and implementation of climate policy. Before NRDC, Friedman worked on water-quality enforcement and community engagement at Riverkeeper in New York’s Hudson Valley. He holds a degree in environmental policy from Bates College and is a trained organizational behavior coach through the Academy for Coaching Excellence. He is based in New York.