Come preview the upcoming Documentary GMO OMG, watch Seeds of Freedom, and engage in lively dialog (& tastings!) with local farmers from Kitchawan, Hemlock Hill, and Hilltop Hanover.  Together, we seek to explore issues related to Genetically Modified Organisms and Growing Organic.  Miriam Haas, Founder of Down to Earth Markets, will join us as Sponsor (and avid gardener).

Haas moved to Ossining as a young mother over 20 years ago, reports were coming in about Alar, a chemical sprayed on apple trees to keep the fruit on trees longer and brighter, being harmful to people, especially children.

Being an avid gardener but without apple trees of her own, Miriam’s quest for local sources selling apples free of Alar began, and extended to ot  her produce, grown free of other chemical contaminants. Hard to find, this effort led to the formation of “Families for Safe Food” with the mission of “increasing the local availability of organically produced food…” and under that a food co-op.

In August 1991, Miriam conceived of even a better way – & with Ossining Board ‘s approval, started a Farmer’s Market in Downtown Ossining with only 2 Farmers.

In 1992 there were 3, and 10 years later, over a dozen here in Ossining alone, and in addition to Ossining’s – the longest running farmers market in the county – she branched out and, with husband Jon Zeltsman, formed Community Markets* which spans about 20 markets through the Hudson Valley, down and cross county, into the 5 boroughs of NYC.

*Community Markets was rebranded as Down to Earth Markets in 2012, and in so doing, affirms Miriam’s long standing commitment to the source of our food – the earth itself, and her undying quest for the untainted apple.

Teaching about and growing healthy organic food is my passion.

I have been farming on and off most of my life. I have worked at Hemlock Hill Farm since I was young from milking goat and feeding the chickens to selling produce at the Peekskill Farmers market.

My farming experience has taken me to many corners of this planet. In Israel I worked on a sunflower farm and in Thailand planting rice. In 2009 I apprenticed at Seeds at City Urban farm in San Diego. The following year, I apprenticed at Bread and Puppet in Vermont growing food for 60 summer residents.

More recently I have made this my full time job. in the Winter I am in San Diego doing garden education in schools. From Spring until Fall I am at Hemlock Hill Farm managing their produce production.

Hemlock Hill Farm, located at 500 Croton Avenue in Cortandt Manor, is one of the oldest family-owned working farms in the County.

The DeMaria family have worked it for 3/4 of a century – since 1939, in great part because they “believe it is important for people to know where their food comes from and what it takes to produce healthy, natural foods.  [They] take great pride in raising all [their] animals hormone and antibiotic free.”  Their livestock is all pasture raised, and pigs, grain fed.  Their store is open every day of the year so please visit. 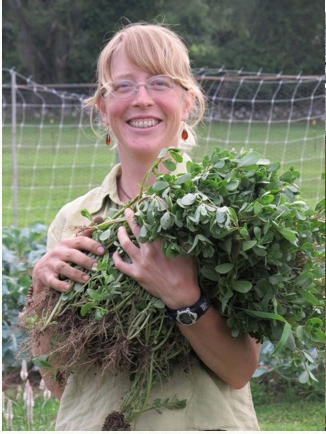 Linsay Cochran grew an organic market garden of vegetables, herbs and flowers from 2007-2012 at Kitchawan Farm in Ossining, which has been in her family since 1908. Over the past couple of years she focused more on flower and herb gardening, while helping develop the new Kitchawan FarmShare program and gardening for others. In 2013 Linsay is continuing to grow flowers, herbs and perennial plants and working on creative pursuits at Kitchawan Farm, as well as helping others care for their organic gardens. She believes that everyone can benefit from growing plants for food, whether in a small pot on the porch or a plot in a community garden. Linsay is passionate about organic gardening as a healing act~ for how it improves the health of not only our backyards and our bodies, but our souls and communities. Please visit www.kitchawanfarm.com/backtothegarden for more information. 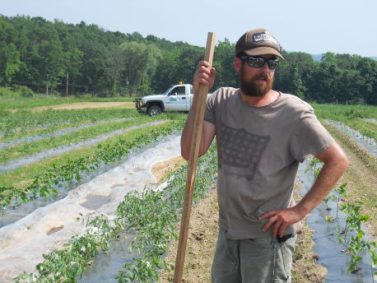 Protecting open space and providing healthy affordable food is very important to me.

I have been in the food industry for most of my life.  I grew up working in my family business.  We owned a grocery store for almost 30 years.  I began working in it at the age of 12 and after college I managed it until its sale in 2008.  My passion for healthy living really did not evolve until after college when I began to look into our food system. Where it came from, how it was grown, the conditions with which animals were raised, and most important to me how it was consumed.
After the sale of the family business I pursued an entirely different career path from agriculture but soon found myself back in the food industry working on farms in New Jersey, Maine and eventually Hilltop Hanover Farm in Yorktown Heights, NY.
To me it is not important whether a person eats conventional or organic. Rather that they are educated on the differences between the both. This knowledge allows the individual to make their own decision concerning where they get there food and what is in it.  An informed consumer is a powerful individual.