From Grassroots Films of Brooklyn, New York comes THE HUMAN EXPERIENCE – the story of a band of brothers who travel the world in search of the answers to the burning questions: Who am I? Who is Man? Why do we search for meaning? Their journey brings them into the middle of the lives of the homeless on the streets of New York City, the orphans and disabled children of Peru, and the abandoned lepers in the forests of Ghana, Africa. What the young men discover changes them forever. Through one on one interviews and real life encounters, the brothers are awakened to the beauty of the human person and the resilience of the human spirit.

Beth K. Lamont, a Representative to the UN for The American Humanist Association, is an involved Board Member of the UN’s Water and Energy Commission, with her favorite project being Harvesting the Polar Ice Caps.

In addition to the UN, Beth staunchly promotes the International Criminal Court, and Children’s Rights. Being mother of eleven children of her own, she’s concerned with the plight of children the world over, their health, their education, their safety and their very survival.

A Peace Person of long standing, Beth feels privileged to have been a Partner to philosopher, Corliss Lamont, a true US Patriot and champion of civil liberties and the Bill of Rights. He took a courageous stance in times of anti-Soviet hysteria, on behalf of freedom of speech, the people’s right to know, and the dissemination of information. We recognize that supporting “whistleblowers” is needed now as much as it was back then.

Beth is a Humanist Chaplain, and president of the Half-Moon Foundation, home to the Corliss Lamont Web site, promoting civil liberties and the philosophy of Humanism. The Here & Now Show she created for Manhattan Neighborhood Network in the early ‘80s is still running, and promotes Humanistic good works.

As a young man, Bart Worden had hoped to become a Christian minister but his growing realization that he did not believe in God put a wrench in that plan. A decade later, he learned of the Ethical Society – a non-theistic humanist congregation, and ten years later he enrolled in its professional Leadership Training, some held at the Humanist Institute in NYC; Bart was certified as an Ethical Culture Leader by the American Ethical Union in 1998.

Bart is now the Clergy Leader for the Ethical Culture Society of Westchester in White Plains, NY and the Executive Director of the American Ethical Union. Additionally, he has served as President of the National Leaders’ Council and faculty member for the Lay Leadership Summer School.

Bart has worked with The Guidance Center of Westchester, a community behavioral healthcare organization since 1986, and currently serves as Deputy Director.

Bart and his wife, Ruthanne, have been Ossining residents for over twenty years and their sons, Gary and Jeff, are graduates of Ossining High School.

Phebe Washburn, a lifelong Quaker with the Chappaqua Friends Meeting, inspires others with her simple belief that there is a bit of good in us all.

Patty Chapman is a long-time brand marketing consultant and facilitator who has led focus group discussions and ideation sessions leading to more than 100 products we purchase every day. In addition to hosting many book discussion series for the Ossining Library, and serving for several years on the development task force for the National Council of Churches’ “Social Creed for the 21st century,” she has recently returned to her academic roots in philosophy and religion to help launch a publishing venture for Scarborough Presbyterian Church: “Scarborough Press” publishes curriculum and study guides featuring pop culture, book and movie connections to the Bible, as well as contemporary social justice issues, and is now selling products internationally through Woodlake Books. 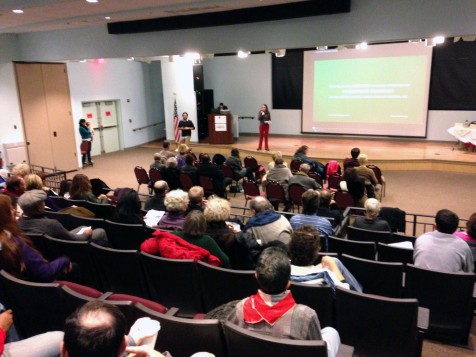 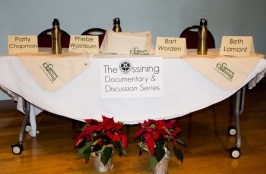 Our esteemed panelists for The Human Experience 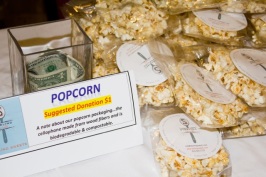 Delicious kettle corn from our friends at Sterling Sweets! Always a favorite 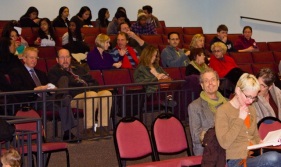 We LOVE the diversity of our audience! 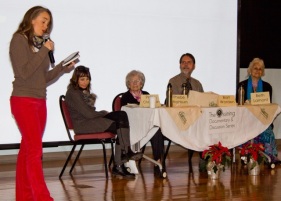 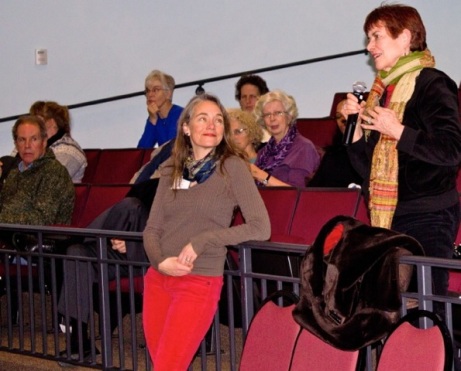 We had GREAT questions asked by members of the audience 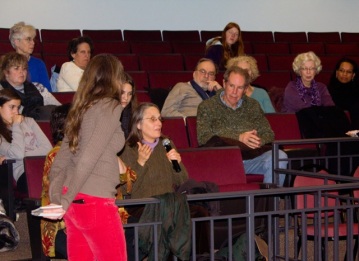 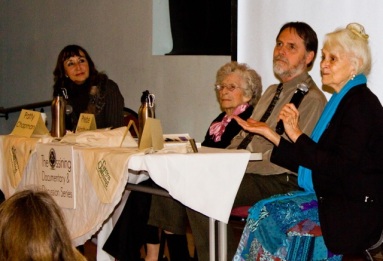 Such wonderful discussion all around 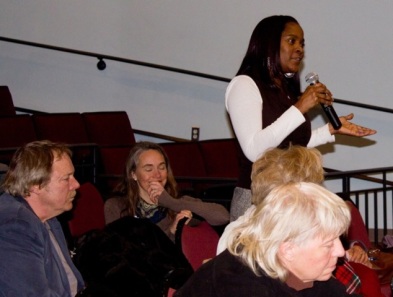 And wonderful comments, prompting us to think 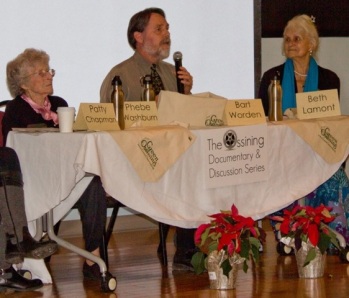 Our panelists take the stage 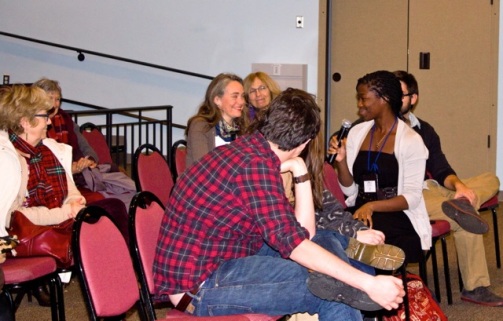 Committee member, Toro, closes with a reflective comment and takeaway 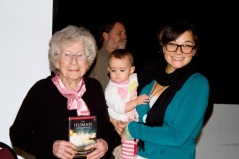 Panelist, Phebe Washburn, is joined by our committee’s youngest member, Baby Margot (and her Mama) 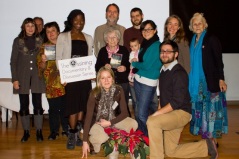