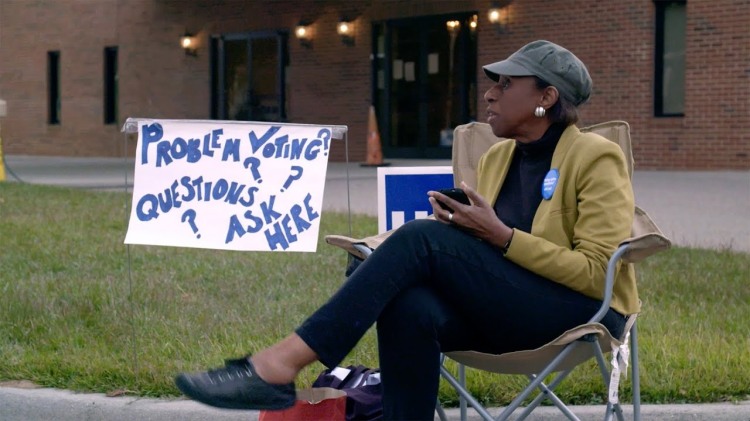 View the Capturing the Flag Trailer

Laura is an attorney working in the New York Unified Court System. Before her career in the New York State courts, she worked at several Wall Street law firms, specializing in federal securities litigation and white collar defense. She graduated magna cum laude from Brooklyn Law School in 1997. Laura has been involved at the polls of the past three Presidential elections: in 2008 in Zanesville, Ohio as a poll watcher; and in 2012 and 2016 working under the auspices of the Cuyahoga County Board of Elections, ensuring that all eligible voters in Cleveland and the surrounding areas were able to vote and have their ballots counted.

Laverne iis an entertainment and media business affairs attorney representing independent film and television producers, directors,production companies, distribution companies, authors and media companies. Drawing on eighteen years as a television producer and distribution executive before becoming a lawyer, Laverne understands both the business and legal sides of the media marketplace. She is one of the films’ producer’s, but has worked as a volunteer voter protection lawyer in each of the past three presidential elections (2008 and 2016 in NC, 2012 in VA). The film centers around the work done by her and her friends during the 2016 election.

Maria Slippen
Chair
Cortlandt Democratic Committee
Maria is a nationally recognized communications expert with over 20 years of experience in creating and implementing strategic communications plans with a design toward maximizing results for clients in industries from financial services to school districts.She is active in many Croton organizations including The Croton Free Library Association, AYSO, Girl Scouts, The Croton Arboretum, and Pierre Van Cortlandt Middle School PTA.She also served as a Village Trustee in Croton on Hudson from 2014-2016. She is a 15-year resident of Westchester along with her husband and two daughters.