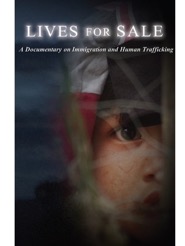 A riveting documentary about undocumented immigration & the suffering of poverty-stricken people from Mexico and Latin America who are treated as commodities to be sold to the highest bidder.

While politicians, activists & the media wrestle with the thorny issue of immigration, this investigative film exposes the painful, rarely seen human side of illegal immigration; especially the growing black market trade in human beings.

Thanks to Our Event Sponsor:

Robin is the Owner of Bikkal & Associates, in White Plains She concentrates her practice in the field of immigration and nationality law. For over 20 years she has successfully represented corporations, individuals and families in diverse immigration-related matters. She lectures extensively throughout the Hispanic community and to Not-for-Profit Organizations on all matters related to the field of immigration and nationality.   In addition to her work in the field of immigration and citizenship, Ms. Bikkal has a long history of civic involvement. Currently, she serves as a member of the Board of Trustees of Westchester Community College, and as a member of the Service Academy Review Board for U.S. Congresswoman Nita Lowey, and is the co-chair of the Hispanic Democrats of Westchester. She is the former chair of the Westchester County Hispanic Advisory Board, and as President of El Centro Hispano De White Plains, a not-for-profit organization serving the Hispanic communities of White Plains and surrounding areas. She is a Former Director of the Westchester County Bar Association. Previously, she also served as President of Westchester Hispanic Coalition.

Karin is responsible for all aspects of the program, including direct legal supervision of all case work. Prior to joining the PCLP, she worked as an immigration attorney at Catholic Migration Services of the Diocese of Brooklyn, where she focused on removal defense and complex motions to reopen, and as a Policy and Training Associate at the New York Immigration Coalition, where she coordinated efforts to provide legal resources to individuals subjected to post-9/11 enforcement actions by Dept of Homeland Security. She has been recognized by Maryland State Senate, the Mid-Shore Council on Family Violence, the Nassau County Executive, and the National Lawyers Guild for her legal and advocacy work on behalf of immigrant communities. She earned a J.D. from the University of Baltimore School of Law and a Ph.D. in Politics and Historical Studies from the New School for Social Research. She is a Member of the Bar of the State of New York and of the U.S. Court of Appeals, Second Circuit, as well as of the American Immigration Lawyers Association, the New York State Political Science Association, the New York City Bar Association, Immigration & Nationality Law Committee, and Westchester County Bar Association.

Coming from a family that immigrated to the United States from Ecuador, Luisa is passionate about Neighbors Link’s mission of strengthening the whole community through the healthy integration of immigrants.  She graduated from Iona College with a BA in International Studies and Political Science and lives in Pleasantville, NY, with her husband, Omar, and their four children.