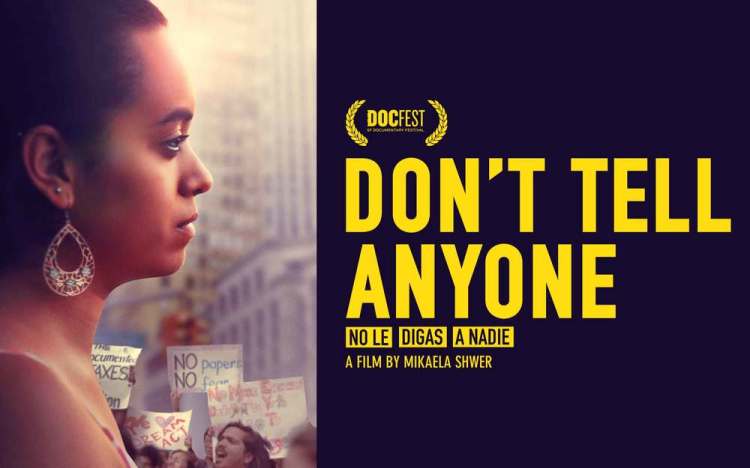 Angy Rivera, a Colombian immigrant, is the Co-Executive Director at the New York State Youth Leadership Council, an undocumented youth-led organization fighting for immigrant justice through leadership development and community organizing. Rivera graduated from CUNY John Jay College of Criminal Justice, obtaining a degree in Culture and Community Studies while minoring in Human Services. Rivera created Ask Angy, an award-winning undocumented immigrant online advice column. In 2012, Rivera met documentary maker Mikaela Shwer who filmed her and her family for the film No Le Digas A Nadie (Don’t Tell Anyone). The Peabody Award-winning documentary, which aired on PBS in 2015, navigates the difficult reality and double silence Rivera experiences as an undocumented immigrant and survivor of sexual assault.

Kevin Duarte Chon is an undocumented immigrant living in Westchester, NY. He came across the NYS Youth Leadership Council while still in high school and began attending their annual youth

empowerment conferences. Here, Kevin gained a vast political knowledge that was previously denied to him by the American educational system. Armed with his newfound knowledge, Kevin began to prepare to attend college and would develop a passion for learning, educating, and spreading love. Currently, he is an organizer for the Community Resource Center of Mamaroneck, and continues working as a volunteer for the Youth Leadership Council.

Elizabeth Mastropolo is the Assistant Director of Neighbors Link Community Law Practice. Previously, she was Assistant Director of the Pace Community Law Practice. She graduated from Siena College in 2010 and went on to get her J.D. from St. John’s University School of Law in 2013, graduating in the top 12% of her class. After law school, she was named the Westchester County Bar Association Foundation Fellow and placed at the Pace Community Law Practice serving the immigrant community in Westchester County, specifically at Neighbors Link in Mount Kisco. She was admitted to the bar in New York (2014) and New Jersey (2013).

It is our mission to bring our community together to watch, enjoy and engage in conversations about documentaries. We choose documentaries we hope will open our eyes collectively to issues that are important to our lives in Ossining. At these free screenings, we will have a panel of experts available to answer questions and facilitate our discussion. We hope that the issues raised in the documentary will encourage the viewers to ask questions and seek out ways to make a difference in Ossining and in The World. Please check our schedule and mark your calendars for our upcoming screenings. For up to date information about the documentaries we have selected, please “like” us on Facebook! View more posts